Donato sworn in as state senator for District 18 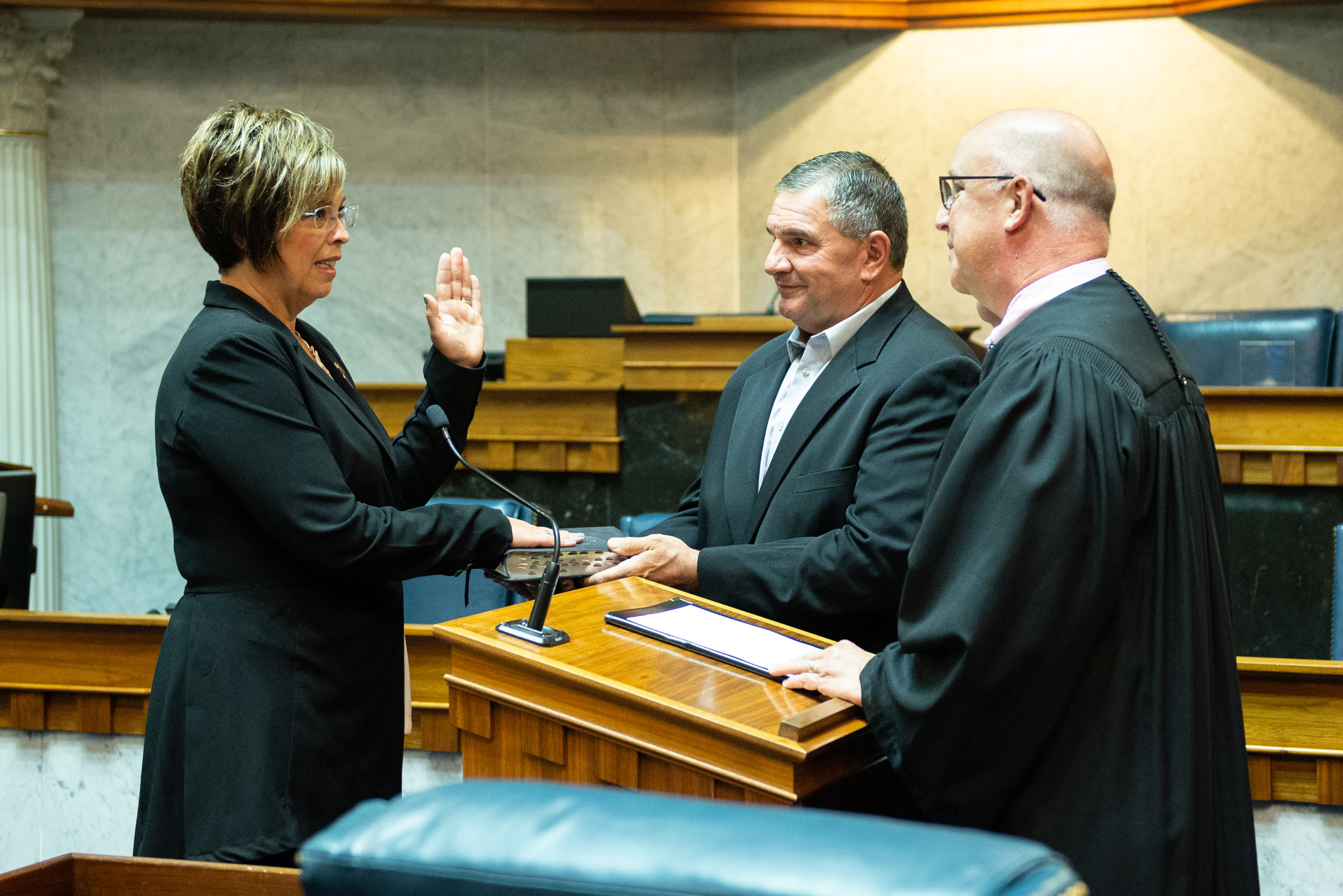 Donato fills the position previously held by State Sen. Randy Head, who resigned last month to become Chief Prosecutor for Pulaski County. She will finish the remainder of Head’s term, serving Cass, Fulton and Miami counties, as well as portions of Carroll, Kosciusko, and Marshall counties.

“I am humbled by the opportunity to serve the people of Senate District 18, and am grateful to Sen. Head for his years of service on behalf of our community in the General Assembly,” Donato said. “As a resident of Logansport and former Cass County councilwoman, I am familiar with the issues facing our local communities and state. I look forward to working with fellow legislators to make Indiana a better place to live, work and raise a family.”

Outside of public service, Donato has more than 30 years of professional experience in automotive dealership accounting and is an independent accountant for several local businesses. She is also active in her community, serving multiple organizations.

She and her husband live in Logansport, and have two adult children and two grandchildren.

Hoosiers can contact Donato by phone at 317-232-9400, by email at Senator.Donato@iga.in.gov or by mail at 200 W. Washington, St., Indianapolis, IN 46204. Her virtual office may be found online at www.IndianaSenateRepublicans.com/Donato.