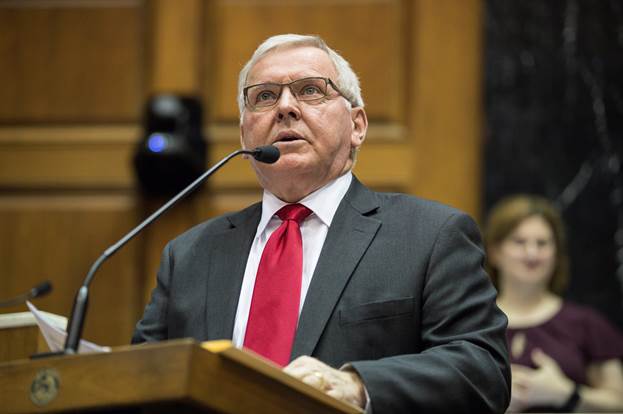 “Serving Indiana and my community as state representative has been a great honor,” Friend said. “It has always been my goal to support legislation that will benefit Hoosiers across the state and looking back at my time at the Statehouse, I am proud of the work that has been accomplished on behalf of rural Indiana, farmers and families.”

“Bill faithfully served his district with integrity and sincerity during his time in the legislature. He’s also been a consistent and strong voice for rural communities and farm families across Indiana,” said House Speaker Brian Bosma (R-Indianapolis). “Bill worked especially hard to promote the use and production of alternative energy, including fuel from corn and soybeans, to reduce dependency on foreign oil and grow Indiana’s economy. He’s a very good friend and confidant, and we will miss him and his leadership tremendously at the Statehouse.”

During his time in the General Assembly, Friend also authored several key pieces of legislation, including a law dedicating money collected from Indiana’s cigarette tax to the Clean Water Fund to clear ditches and waterways and ensure clean drinking water.

“I cherish my time spent serving at the Statehouse and the many friends I have made over the years,” Friend said. “I look forward to spending more time with my family and continuing to serve my community in other areas for years to come.”