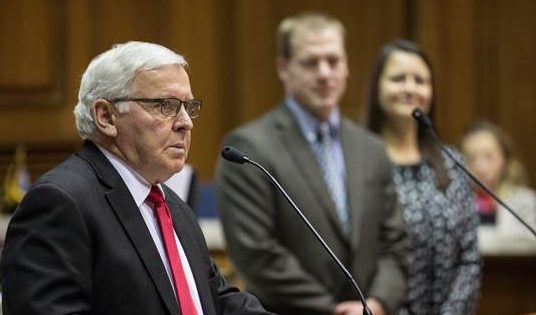 STATEHOUSE  – The Indiana House of Representatives supported State Rep. Bill Friend’s (R-Macy) resolution Tuesday that would rename a section of a road in Miami County after a fallen police officer.

“Sadly, four troopers stationed in Peru have tragically lost their lives in the line of duty, and at this point Robert is the final one to be recognized with a memorial mile,” Friend said. “I am honored to recognize Mr. Lather’s sacrifice for our community.”

While in pursuit of a vehicle trying to outrun authorities, Lather was killed after the rear of his cruiser was struck by the speeding vehicle, causing it to crash.

The section of U.S. Highway 31 near Grissom Air Reserve Base runs from mile markers 174 through 175, where Lather was killed.