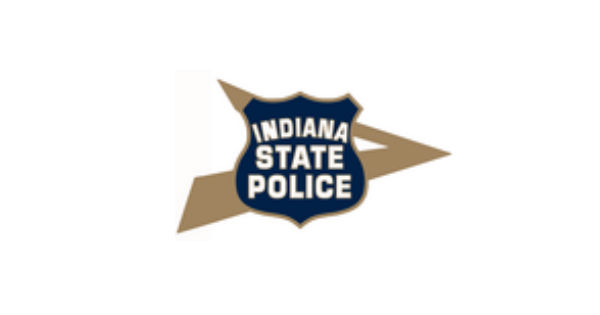 Fulton County – “He will never be forgotten.” These words have been echoed many times since the tragic death of Indiana State Police Trooper Daniel Barrett on January 27, 2008. The promise was kept Friday, as police officers from various departments, community members, and friends gathered on U.S. 31 near State Road 110, to memorialize the 10th anniversary of the fallen trooper’s death. This was the site where Barrett died, in the line of duty, as a result of injuries suffered in a single vehicle crash.

The approximately half hour ceremony opened with Indiana State Police Peru Post Commander Lt. Jeremy Kelly speaking to the crowd about his memories of Trooper Barrett. He also reminded the crowd that we all have a duty to serve others, as Trooper Barrett was doing before his untimely death. Kelly also told the officers that they only have to look at Daniels’ roadside cross to remember they are in a dangerous line of work, and to be careful.

Indiana State Police Chaplain Reverend Jack Hess provided words of comfort from Psalm 23 and other words of scripture. He also thanked Trooper Barrett, through prayer, for the gifts he brought to the world, and for his dedication to his community and the Indiana State Police. The ceremony ended with Hess leading the group in prayer.

After the ceremony, most of the attendees retreated to a local restaurant. At the restaurant, stories of Trooper Barrett where shared throughout the group.

Trooper Barrett, 25, of Logansport, was killed in a single vehicle crash at approximately 10:42 p.m. January 27, 2008 on U.S. 31 south of State Road 110 in Fulton County.  Trooper Barrett was on duty at the time of the crash. Evidence at the crash scene and an eye witness account has lead investigators to believe Trooper Barrett was attempting to catch a speeding vehicle that was traveling northbound on U.S. 31.