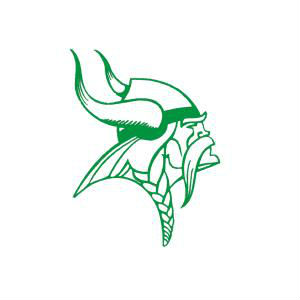 AKRON, IN – Tippecanoe Valley School Corporation Superintendent Brett Boggs has announced he will retire at the end of the current school year.

The board of trustees officially accepted his retirement at the Jan. 15th school board meeting, but Boggs will continue to serve as superintendent through June 30th. He is putting an end to a 40-year career as an educator at Tippecanoe Valley. Boggs has served as a teacher, coach, assistant principal, principal, assistant superintendent and superintendent over the past four decades.

“Having had the opportunity to work with many students and staff members during that period of time has been extremely fulfilling and rewarding,” said Boggs.

Boggs graduated from Grace College in 1978 and began teaching fourth grade and coaching junior high basketball and track at Akron School, which at the time, was kindergarten through eighth grades. He moved into administration in 1985 as assistant principal and athletic director and became principal in 1988. He served as the principal of Akron School for 17 years before being named assistant superintendent in 2005 and superintendent in 2008.

“Tippecanoe Valley is a community where people truly care about each other and put the needs of children first,” said Boggs.

Some of the more notable achievements during his tenure at Tippecanoe Valley include establishing the Valley Hometown Fund, honoring the first class of Distinguished Alumni in 2010, the implementation of the Professional Learning Community model in each Tippecanoe Valley school, completion of the $17.6 million Akron Elementary School renovation project, establishing Project Lead the Way classes at all grades levels and the achievement of Tippecanoe Valley receiving district accreditation by the AdvanED Accreditation Commission in 2008, 2013 and again in 2018.

But along with the positive achievements Boggs looks back on, he said there have also been plenty of challenges to education during his time as superintendent.

“One of the most significant changes I’ve seen in education in the past 10 years involves schools competing for students. Because of legislation passed by the Indiana General Assembly, the same schools we should be collaborating with we are now competing with for students. Since the state took over each school district’s general fund in 2009, the funding follows the child, which has resulted in intense competition for students,” said Boggs.

Other notable achievements Boggs said he is proud of are the energy-saving upgrades to several Tippecanoe Valley facilities. Those upgrades include a comprehensive energy-savings initiative at the Burket Educational Center in 2009, the construction of a 900 kilowatt wind turbine on the campus of Tippecanoe Valley High School and Tippecanoe Valley Middle School in 2011 and a new 44-panel solar array being installed on the grounds of Mentone Elementary School during the winter of the 2017-2018 school year.

Boggs is also highly involved in the community in which he lives. He currently serves as board president for the Palestine Bible Church and the Palestine Cemetery and is a member of the board of directors of the Fulton Economic Development Corporation, Kosciusko Economic Development Corporation, Fulton County Chamber of Commerce, Gradway and the Fulton County Leadership Academy.

Boggs also served on the board of directors of the Akron Carnegie Public Library for 16 years. He is the founder and currently a member of the Akron Community Relations Task Force and is also the founder and chair of the Tippecanoe Valley Community Mental Health Task Force. The task force was formed with the vision of empowering all citizens to good mental health and the mission to both increase knowledge and provide support, while reducing the stigma of mental illness.

“The two and one-half year period in which we lost multiple students and staff members to suicide and tragic accidents was the most difficult period of my professional and personal life. Today, our students, staff and the community are better prepared to see the warning signs and know how to properly respond to individuals at risk of suicide,” said Boggs.

Brett and his wife, Sarah, live in Akron and are the parents of three grown children with three grandchildren.

“We enjoy being a part of this community. I am looking forward to finding something that is flexible and will keep me busy. I am looking at a few possibilities, but no decisions have been made. There is no more noble profession than that of educating the young people of our community. There is no place I would rather have been than Tippecanoe Valley,” said Boggs.